Login / Register
Back to top 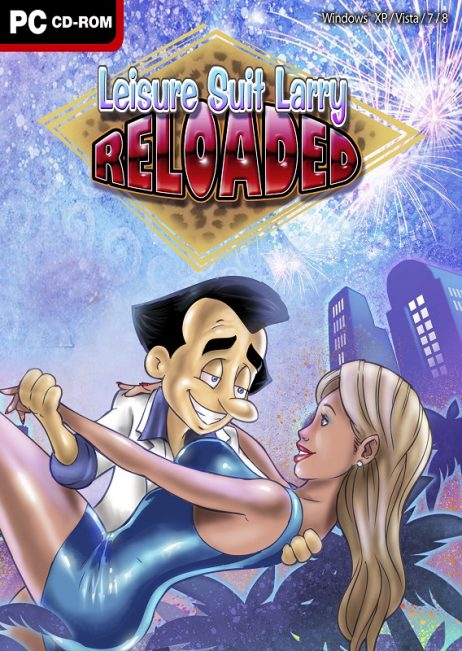 The first game in the series, Leisure Suit Larry in the Land of the Lounge
Lizards, was published
in 1987 and helped build the Sierra On-Line dynasty. Featured in  a  score
of original software titles since then (not counting numerous  anthologies
and cameo appearances), the series’ hero, Larry  Laffer,  is  a  bumbling,
persistent everyman who  just  wants  to  be  loved.  Is  that  so  wrong

From original designer  Al  Lowe  (designer  of  all  of  Larry’s  classic
adventures) and writer Josh
Mandel, Replay Games is  remaking  the  landmark  first  game  for  a  new
generation. Expanded
and enhanced in every detail and ready for both mobile  devices  and  PCs
Leisure
Suit Larry: Reloaded is being reborn for the  players  who  might’ve  seen
their parents (or
grandparents) playing Larry behind closed doors

Expanded Content – Who says a remake has to just be the same game with
new graphics? Leisure Suit Larry: Reloaded enters the 21st century and
brings with it expanded puzzles, locations, women, humor,and gameplay
Modern, Hand-Drawn Graphics – Larry was great in big fat pixels 25 years
ago, but this is the age of the retina display. Leisure Suit Larry
Reloaded has gorgeous hi-res, hand-drawn art, and animation to show off
his irresistible face and the stunning women he meets
It wouldn’t be Leisure Suit Larry without the humor – Larry is the
ultimate Casanova wannabe, but his “flirting” rarely goes as planned
Along with rejections, fans will laugh at thousands of hilarious
responses while they explore everything on screen. Non-mobile players
will hear professional voiceover actors
A Symphony for the Ears – Gamers will hear an all-new Vegas-style
musical score from Grammy-nominated, BAFTA-winning composer Austin
Wintory. The soundtrack features all authentic instrumentation and Al
Lowe guest-starring on the sax
Naughty, but Nice – Larry is a man on the make, and the game drips with
innuendos, flirts with perversity, and oozes sexuality. But Larry has
always been about comedy, and never been explicit. Leisure Suit Larry
Reloaded retains that standard. There’s no full-frontal nudity, no
four-letter words, and no on-screen sex